If you want to put all the magic that Namibia has to offer into one self-drive tour, this is it!

Explore the bare plains of the Namib Desert, the apricot coloured dunes of Sossusvlei, lose your heart in the romantic coastal town of Swakopmund, get mesmerized by the rough terrain of the Damaraland, be amazed by the abundant wildlife in the world renowned Etosha National Park, and gain personal insights into the work of the AfriCat Foundation whilst being accommodated in personal, family-owned and run lodges…

Arrival at Hosea Kutako (Windhoek International) airport, where you will receive your rental vehicle. Once you have sorted out all the formalities for your vehicle, drive to Windhoek, Namibia’s capital. After check-in at the accommodation establishment, you can explore the city of Windhoek on your own account.

Windhoek is a city of many contrasts. Modern skyscrapers blend with historic buildings dating from the turn of the century. Several buildings from the German colonial era have been preserved and restored to fulfil useful functions in the community today.

Depart from Windhoek after breakfast in a southerly direction through the mountains of the Khomas Hochland into the low plains of the Namib Desert to a lodge in the Sossusvlei area, from where you will have excellent opportunities to explore the area.

The Namib Desert is commonly referred to as the world’s oldest desert as it has been around for about 43 million years. Part of the desert, towards the centre, incorporates the Namib Naukluft Park, which is the largest park in Namibia and also the third largest in Africa. The park these days, is a combination of the Namib Desert Park and the Naukluft Mountain Zebra Park as well as sections of the Diamond Area. The combination of all these areas adds up to about 50 000 square kilometres. The Naukluft Mountain area was initially created as a sanctuary for the Hartmann’s mountain zebra. In 2013, a large part of the desert became a Unesco World Heritage site under the name of “Namib Sand Sea”.

Today we recommend an early morning rise for a visit to the Sossusvlei dunes. The park gates open at dawn and the golden light just after sunrise is perfect for photographs.

Sossusvlei is possibly Namibia’s most spectacular and best-known attraction. Characterised by the large red dunes that surround it, Sossusvlei is a large, white, salt and clay pan and is a great destination all year round. The dunes in this area are some of the highest in the world and provide photographic enthusiasts with wonderful images in the beautiful morning and evening light. Sossusvlei literally translates to “dead-end marsh”, as it is the place where the dunes come together preventing the Tsauchab River to flow any further, some 60km east of the Atlantic Ocean. However, due to the dry conditions in the Namib Desert the River seldom flows this far and the pan remains bone-dry most years.

The road from Sesriem to the 2×4 car park (4 kilometres from the vlei) is tarred but is in poor condition and very pot-holed, so caution while driving is advised.

As the road becomes a sandy track near the vlei itself, we advise all guests (no matter what vehicle you have booked) to use the NWR Shuttle Service (bookable and payable directly at the gate), which will take you from the 2×4 car park to the vlei parking.

Take along enough drinking water, sunscreen and a hat as it becomes extremely hot in this area.

The route today takes you north via the Kuiseb Canyon to Swakopmund. Highlights en route include a drive to the “Moon Landscape” and the ancient desert plant, “Welwitschia mirabilis”.

Where the desert dunes sweep down to the ocean on Namibia’s western flank, lies this charming seaside village. Swakopmund, deriving its name from the fact that it lies at the mouth of the Swakop River, is an oasis, neatly nestled between the wild Atlantic Ocean and the world’s most ancient sea of sand, the Namib Desert. With its old world charm, temperate climate and German background, Swakopmund is indeed the tourist mecca of Namibia, offering not only scenic beauty, but all the modern amenities and facilities to cater for tourists, both local and international.

Swakopmund has plenty of activities on offer. Ask our dedicated team for more information and they will be happy to assist you.

We can recommend a dolphin cruise (not included in the travel price):

You will be picked up at your accommodation and driven to the nearby town of Walvis Bay, from where your boat cruise with Laramon Tours departs. Please ensure that you have had breakfast and are ready to leave Swakopmund by approx. 08h00, as you are requested to be at the check-in at the Walvis Bay Waterfront by approx. 08h45.

Your cruise today departs the Walvis Bay Yacht club at approx. 09h00 and takes you through the harbour, passing moored Russian trawlers en route and on to Pelican Point, where inquisitive seals will swim up to the boats looking for something to eat, all whilst pods of Heaviside and Bottlenose Dolphins swim alongside the boat. For bird lovers, apart from seeing flamingos, cormorants and pelicans, there are common sightings of the White Chinned Petrel, Wilson’s Storm Petrel, Black Oystercatcher and even the Jackass Penguin. With a bit of luck you might see a Sunfish (Mola Mola) and the Leatherback Turtles. In season, the larger mammals like the Southern Right Whale and the Humpback Whales may be spotted and occasionally the Killer Whales (Orcas).

To round the trip off you will be spoilt with fresh Walvis Bay oysters, snacks and cold sparkling wine on board as you make your way back to the docking station.

Overnight (both categories) on Breakfast basis

Depart from Swakopmund and drive along the Atlantic Coast towards the North. Visit the lichen fields near Wlotzka’s Baken before continuing to Henties Bay, a small holiday resort. Onwards via Uis to the Twyfelfontein area.

Recommended today: a self-drive excursion to Twyfelfontein, the Organ Pipes as well as the Burnt Mountain (alternatively, ask your lodge for possible lodge activities).

Twyfelfontein (“Doubtful Spring”) has one of the most extensive galleries of rock engravings in the world. They aren’t real paintings, but have been done by cutting through the hard surface layer of sandstone. More than 2000 petroglyphes have been counted here, and in 1952 the valley of Twyfelfontein was proclaimed a National Monument. The rock engravings are found on a number of smooth rock surfaces and most of them depict animals and their tracks. Scientists have estimated their ages to vary between 1000 and 10 000 years. The majority agrees on an age of about 6 000 years.

In 2007, Twyfelfontein was declared an UNESCO World Heritage site.

The Organ Pipes are a fascinating geological formation located near Twyfelfontein. Strikingly rich rusty colours are portrayed in long columns resembling those of a church organ, some rising up to 5m high. Thought to be the result of the Gondwanaland breakup, fractures and cracks were formed as the dolomite columns cooled through the process of columnar jointing approximately 120 million years ago.

Just a short walk from the Organ Pipes is a small inselberg named the Burnt Mountain, proclaimed a national monument on 15 September 1956. The reason for its name is best evident in the early mornings and late evenings when the rays of the sun seem to set the mountain ablaze. Rich red colours mixed with shades of black and purple are quite strikingly caused by Manganese coated clay molecules.

Overnight (both categories) on Breakfast basis

Today you can discover the mysteries of the African Bush whilst exploring the Etosha National Park. You have the whole day in the park or alternatively you can relax at the lodge facilities.

You travel east through Etosha National Park and leave the Park through the von Lindequist Gate, the eastern gate of Etosha to Mushara Bush Camp/Outpost.

En route, you can stop at the numerous perennial springs found along the edge of the salt pan in search of lion, leopard, elephant and black rhino.

You have today to explore the eastern side of the National Park or partake in one of the game drives from Mushara. Alternatively, relax at the lodge and spend the day at your leisure.

Today’s destination is Okonjima. Okonjima lies nestled in the unspoilt beauty of the Omboroko Mountains, part of the well-known Waterberg Plateau. In the Herero language Okonjima means ‘place of the baboons’. Okonjima is so much more than just a luxury lodge. It is also home to the AfriCat Foundation, which is committed to researching and rehabilitating Namibia’s threatened wild cat population.

Spend the day at Okonjima. Learn about the rehabilitation of large predator cats, tracking these on foot or embarking on a game drive within the Okonjima private reserve.

Return journey via Okahandja to Windhoek.

Okahandja is an important centre for woodcarvers from the north. They practice their ancient skills at the Woodcarvers Market next to the main road. This is a good place to pick a last souvenir.

Arrival in Windhoek with transfer to Hosea Kutako Airport for check-in on your outbound flight.

Bid farewell to Namibia. We wish you a safe journey home. 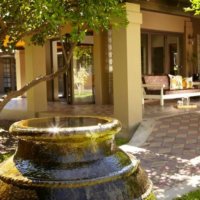 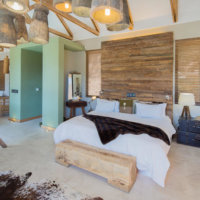 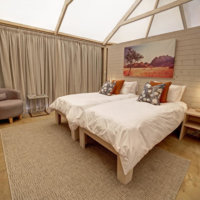 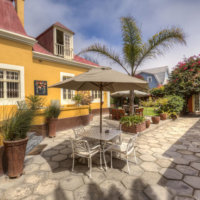 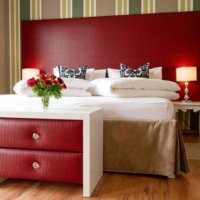 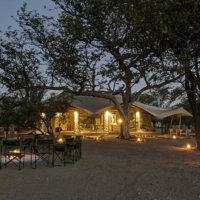 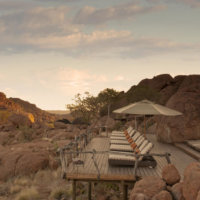 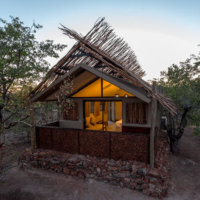 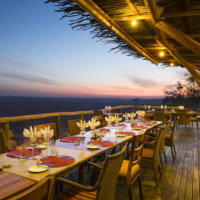 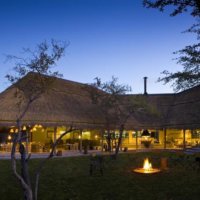 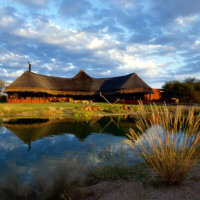